All About:
With a Little Help

My latest Publishers Weekly column documenting my DIY short story collection With a Little Help has just gone up. It documents the first six weeks after publication — what went right and what went wrong. The good news is that I’m heavily in the black, thanks, in large part, to the limited edition hardcovers. The bad news is that the paperback sales have been really lacklustre — due to a too-high pricetag, lack of Amazon availability, and a paucity of reviews. Thankfully, these problems can be fixed — and as always, I’m letting future experimenters know how and where I went wrong so that they can avoid the pitfalls that caught me.

First, the good news: I’ve made a ton of money on the $275 limited edition. I’ve already sold more than 50, and I get a new order every day or two, without news or advertising. The recipients have been universally delighted with their purchases and the packaging. The combination of a cardboard book mailer, a section of burlap coffee sack, and acid-free tissue paper is a huge hit, with some customers even producing lavish “unboxing” YouTube videos and Flickr sets.

The typo-hunting project has also been a smash success. My readers have sent in 123 typos to date, about the same as I turned in for the second printing of my first story collection, which was proofed by my editor. With a Little Help was proofed by my mother, who routinely scores on par with professional proofers who do my novels. The number of reported typos has slowed to a tiny trickle, which tempts me to believe I may, in fact, perfect the text of this book, possibly a first in the history of publishing.

Now for the mistakes: first, the minor ones. I blithely assumed that I would spot all the errors without outside help, forgetting a key lesson I’d learned as a software developer. I was wrong. Turns out that I failed to notice that the e-mail addresses for reporting typos and requesting copies for libraries and schools were both malfunctioning. The former took less than a day to fix, but the latter took a month. I also failed to notice that my e-commerce system (the free WordPress eShop plug-in) was adding $15 shipping charges to orders of the hardcover. Thankfully, I noticed this about a day in, but I still had to send refunds to about 10 people who hadn’t noticed they’d been billed for $290 instead of $275.

I’m also unconvinced that having multiple covers was worth the effort. I love all four of the covers that I sourced for the book, but overwhelmingly my readers have chosen the Pablo Defendini cover, which incidentally is the only one without a real painting. What’s more, having four covers has geometrically multiplied the complexity of updating the text (to fix typos). Having done about 100 re-uploads of the source file to Lulu’s system—which is decidedly not optimized for editing your books several times a day—I’ve probably lost a good five hours to maintaining the separate editions. If I was starting over right now, I’d probably go with one cover, though I’d solicit several sketches and try them out on my Twitter followers to pick the best. But now that I have four covers I can’t see any reason to eliminate any of them.

With A Little Help: The Early Returns

My DIY short story collection With a Little Help is now available as a series of daily, one-page emails from DailyLit — all 151 installments’ worth!

My binder just delivered another order of With a Little Help hardcovers, and I’ve got 20 in inventory. Going fast, though! Get one while you can!

Scott Sigler was kind enough to create an awesome 60-second promo for With a Little Help.

Michael Sauers was so pleased with his limited-edition copy of With a Little Help that he produced an unboxing video and a photoset.

Last month, I launched my DIY short story collection With a Little Help and invited librarians and teachers to send in their addresses so that I could publish a list of worthies to whom copies of the book could be donated. Due to a technical cock-up, these emails went awry and I only figured this out during the Christmas break. The good news is that the list is now online, and ready for your donations. And of course, if you’re a librarian or teacher who’d like to be added to the list, email givewalh@gmail.com.

The Hugo Award nominations are now open; attendees at last year’s World Science Fiction Convention in Melbourne or next year’s in Reno are eligible to nominate. I usually wait until the annual Locus List of notable publications to help me make my choices and jog my memory, but in case you’re wondering, yes, indeed, I do have some items eligible for this year’s ballot:

Hal Stern got one of the first batch of limited edition hardcovers of With a Little Help, and he received it in time for Christmas. He’s lavishly documented his unboxing experience, and is clearly delighted with the book! I’m about to leave for Christmas holidays but I’ll be back to shipping new batches after January 10. Thanks to everyone who ordered the book so far — about 70 copies of the 250 have been sold!

My first thought, like any kid with a wrapped present in hand, was to tear open the packaging. However, the burlap sack is just wonderful. “Fondled” is too strong; I slowly unrolled the sack ensconcing my book, stopping to take pictures and note the defects in the burlap, the dyes and paints announcing its provenance, and to wipe up the floatsam left behind on my desk. I’ll never look at Amazon’s shrink wrap or packing peanuts with only minor disdain again. This was a labor of love. I saved the burlap sack for reasons that will (I hope) become clear when we finally move out of this house and I have to clean up my office.

What’s inside? Goodness, oh goodness. And a surprise.

When I created the Lulu.com store for the With a Little Help paperbacks, I discovered that adding an ISBN to the books automatically raised the minimum price on the book from $11 or so to more than $17 (that’s because adding an ISBN makes the book available to retailers like Amazon, and Lulu wants to have some margin to use for a wholesale discount).

I wasn’t happy about this, but I figured it’d be worth trying a launch-high/discount-later pricing strategy until I could figure out how to get the price down. Now, with help from Lulu, I’ve figured out how to get the paperback price down to a much more reasonable $14.50. The present book interior features some 75 typo-fixes, crowdsourced from early readers (each typo is commemorated with a footnote thanking the eagle-eyed reader).


With a Little Help paperback 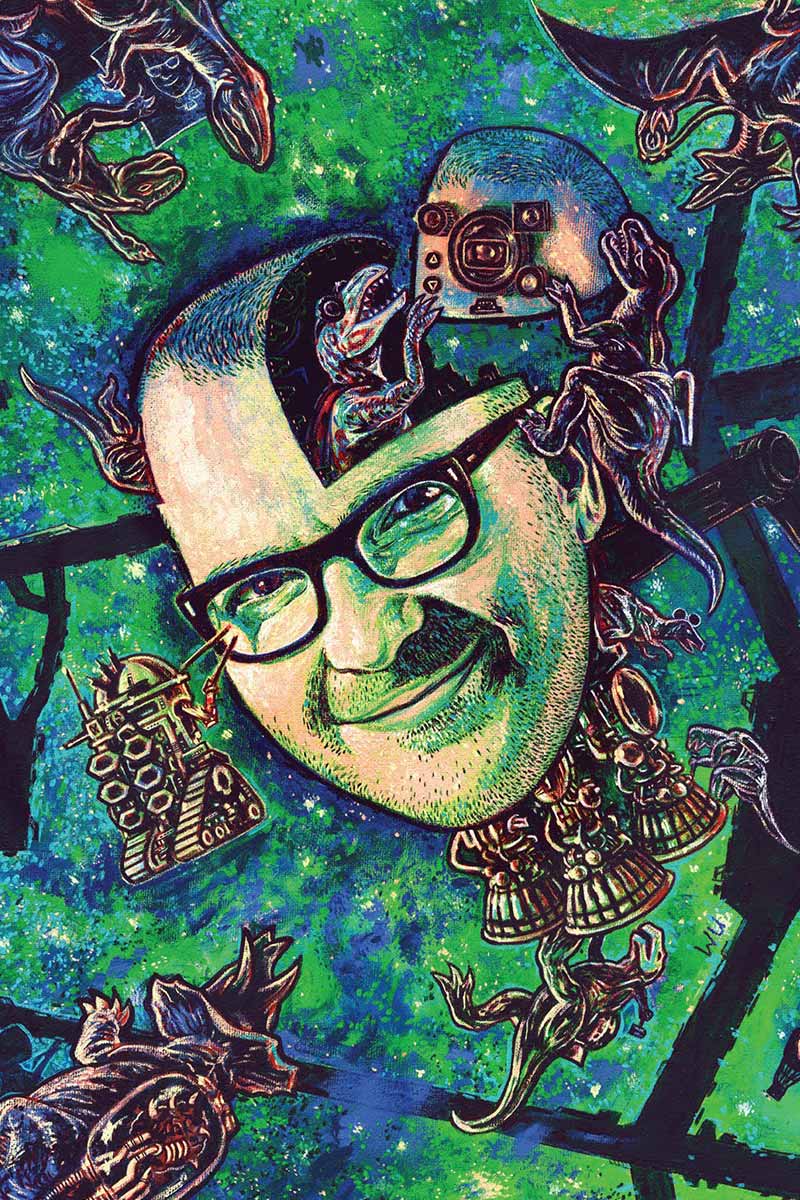