Cory Doctorow burst on the SF scene in 2000 like a rocket, inspiring awe in readers (and envy in other writers) with his bestselling novels and stories, which he insisted on giving away via Creative Commons. Meanwhile, as coeditor of the wildly popular Boing Boing, he became the radical new voice of the Web, boldly arguing for internet freedom from corporate control.

Doctorow’s activism and artistry are both on display in this Outspoken Author edition. The crown jewel is his novella, The Great Big Beautiful Tomorrow the high velocity adventures of a trans-human teenager in a Disney-dominated Tomorrow, battling wireheads and wumpuses (and having fun doing it!) until he meets the “meat girl” of his dreams, and is forced to choose between immortality and sex.

Plus a live transcription of Cory’s historic address to the 2010 World SF Convention, “Creativity vs. Copyright,” dramatically presenting his controversial case for open-source in both information and art.

Also included is an international Outspoken Interview (skyped from England, Canada, and the U.S.) in which Doctorow reveals the surprising sources of his genius. 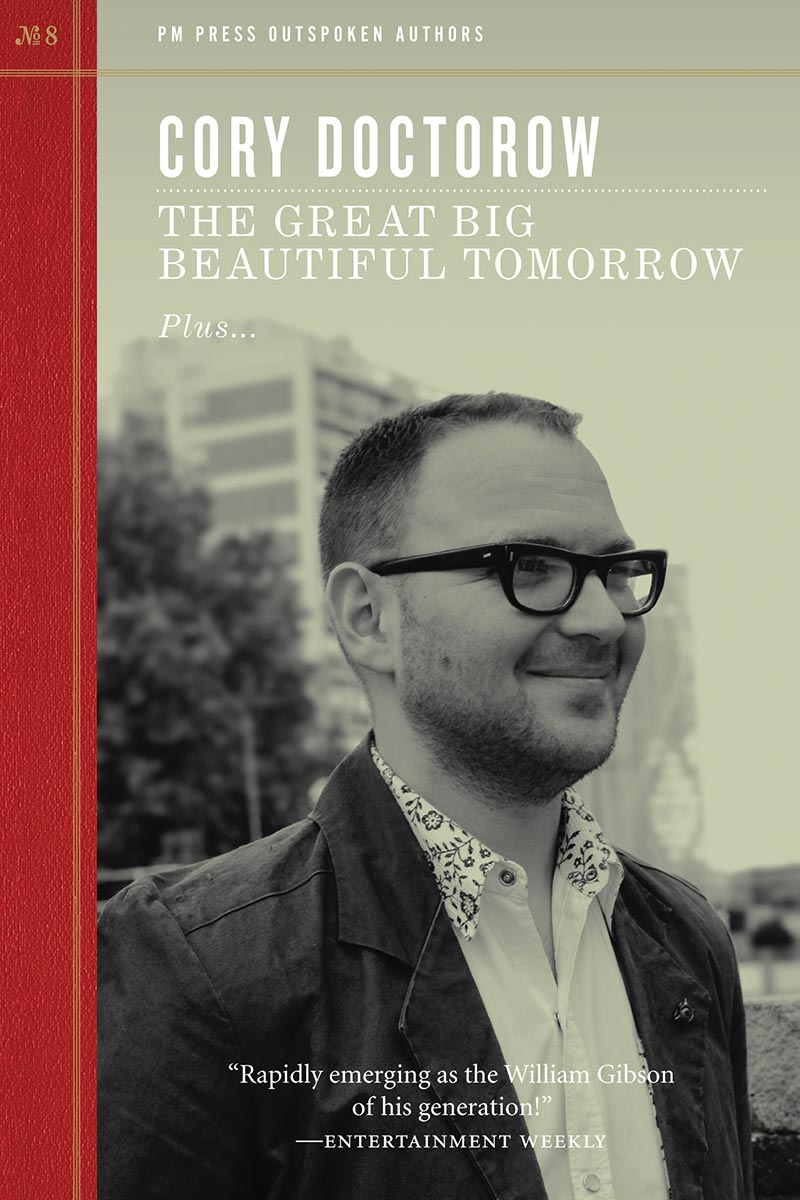