All About:
How to Destroy Surveillance Capitalism

An anti-monopolist critique of “surveillance capitalism,” that locates the problem with disinformation and conspiratorialism in the rise of monopolies. Just because Big Tech claims it has a mind control ray, we shouldn’t automatically believe them. Read it for free Buy the ebook Buy a print copy French edition

Last August, Onezero published my first nonfiction book in nearly a decade: HOW TO DESTROY SURVEILLANCE CAPITALISM is a short book (or long pamphlet) that presents an anti-monopoly critique of the “surveillance capitalism” theory.

The book’s a free online read, and now it’s a paper artifact. Next Thursday, Onezero will launch both a DRM-free ebook and print edition of my book, and to celebrate, I’m doing a online chat with OZ’s editor in chief, Damon Beres. It’s free to attend!

The book’s main argument is that Big Tech lies about how good it is at manipulating us with data – that its dangerous manipulation doesn’t come through junk-science “big five personalities” and “sentiment analysis” but just from dominating and distorting our lives.

It’s a distinction with a difference. If these companies really can do effective, durable data-based psychological trickery then we probably shouldn’t break ’em up or force them to be interoperable.

The only thing scarier than being ruled over by five digital tyrants with mind-control rays is being terrorized by 5,000 loose cannons running around, each with their own data-based suitcase nuke.

But if these Big Tech giants are just old school monopolists who dress up their monopolistic tactics with a word-salad of statistical, psychological and computer science jargon, then hell yeah, we should just pull out some old school trustbusting sledgehammers and whack ’em.

With a new administration and a new tech agenda – which includes the most significant antitrust action in half a century – the book’s become especially salient. I’m really looking forward to my conversation with Damon – I hope you can make it! 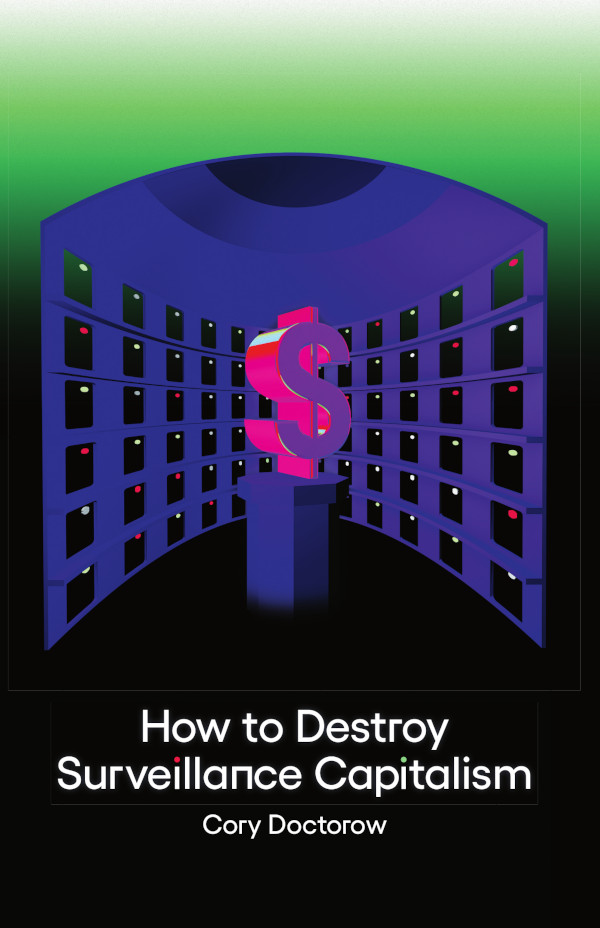