I decided to do this book a in late 2008. I’d been thinking about doing a third short story collection and wasn’t sure what to do about it. The publisher that did my previous two collections, A Place So Foreign and Eight More, and Overclocked, had just been radically restructured after a series of bankruptcies and mergers and I didn’t even have an editor there any more.

I could have approached one of the great science fiction small presses like Small Beer or Subterranean, but as good as they are, they have very limited bookstore presence (always a problem with small and specialist presses). I figured that the main thing I got from a publisher was bookstore distribution, and if I was going to give that up, I might as well try doing the rest of the work and keeping the majority of the money.

I wouldn’t have done this if it wasn’t for the low risk. Apart from my time, I’ve put practically nothing into this (not that I value my time at zero — as a freelancer, time is all I have to sell, and as the parent of a toddler, I’m here to tell you that it’s very, very scarce and precious!). Thanks to print-on-demand technology, I’m not sitting on a garage full of books that I have to sell.

And thanks to the complex social web that binds together writers, readers, and people who care about books, I was able to produce the book for very little money. Friends pitched in with all sorts of little bits of help: dozens of writers mailed in wonderful, sentimental paper ephemera to use as endpapers in the limited editions. John Berry, the legendary typesetter, volunteered his time to typeset the book. My mom, Dr Roslyn Doctorow — a brilliant proofer — proofread the book (she takes at least one pass at all my books and always, always, always catches major errors that everyone else has missed). Four of my favorite artists did covers for the paperback: Frank Wu, Rick Lieder, Rudy Rucker, and Pablo Defendini.

For the audio, I picked my dream-team of friends who sound good in front of a mic, and managed to get 14 of them to sit down in a studio (or reasonable facsimile) and record stories for me. All told, I got readings from Neil Gaiman, Mur Lafferty, Wil Wheaton, Leo Laporte, Emily Hurson, Patrick Nielsen Hayden, Hugh AD Spencer, Mary Robinette Kowal, JC Hutchins, Roy Trumbull, Jonathan Coulton, Spider Robinson, Jesse Brown, and Russell Galen. They recorded all around the world, and uploaded their audio for me. I passed it on to John Taylor Williams, a sound engineer and composer in Washington DC. John mastered the whole lot, and then added in bed music (composed for the occasion!) and some outros I recorded.

I really like the idea of having a print-on-demand project, because of the opportunity it affords to adjust the text as time goes by. For example, if you report a typo, I’ll fix it right away and add a footnote thanking you on the page (you can buy another copy and get one with your name in it!). I’m also doing a monthly financial update that appears as an appendix that grows every month.

My biggest print on demand splash was defused ahead of schedule, though: I’d planned to put up a $10,000 offer to write a story based on your idea (I’d have to approve of the idea, though) and put out a revised edition with that story in it. However, I mentioned it casually over lunch to Mark Shuttleworth of the Ubuntu project and he bought the story on the spot (it’s called “Epoch,” and I really like it). It seemed foolish to turn down ten grand, even if it meant that I’d have to give up on my plan for a splashy announcement when the commission was sold after the book came out. I think if I do this again, I might charge more…

My guiding principle in this project has been thrift. Without a publisher to capitalize the book, I’m doing my darndest to spend money only when it makes me money. Lucky for me, today’s world is one where that constraint is well accommodated. Obviously, the print-on-demand paperbacks don’t cost anything — the book doesn’t exist until you order and pay for it! And I’d doing the limited hardcovers in lots of 20, to minimize my expense there. The CDs of the audiobook are also produced on demand, of course.

I’ve also tried to make this into a project that is both transparent and open to suggestion. When I asked my Twitter followers (I’m @doctorow there) how they’d go about loading the SD cards set into the limited editions’ covers, everyone pooh-poohed the idea of buying an expensive SD duplicator. Instead, one of my readers, Joe Lupe, banged together a little cross-platform script for synching up a bunch of SD cards in cheap readers studded around a cheap hub (the total hardware expense was about £20, as opposed to £1,000 for a stand-alone duplicator).

When it came time to design this site, I knew I needed help tweaking the standard template I’d used for my other books, so again, I asked on Twitter, and a reader named Andrew Crocker put together this wonderful work (I offered a copy of the limited edition in exchange). Thanks, Andrew!
[Update: This is all now part of my new site design.]

Indeed, my Twitter followers have been extremely helpful sourcing packing materials (when I decided to use old burlap coffee sacks to pad the limited editions, I discovered that the managing director of the wonderful, legendary Square Mile Roastery followed me on Twitter, and he’s stumped up all the coffee sacks I can use from their surplus. They’ve also helped on innumerable picky business questions.

If I were feeling very mercenary, I could say that asking about this stuff on Twitter is also good business sense, since it enlists tens of thousands of followers into feeling like they have a stake in the book. But whether or not that’s true, it’s not really why I do it: I do it because it works and because it’s fun.

Indeed, those are the two by-words for the whole project: do stuff that works, and have fun. 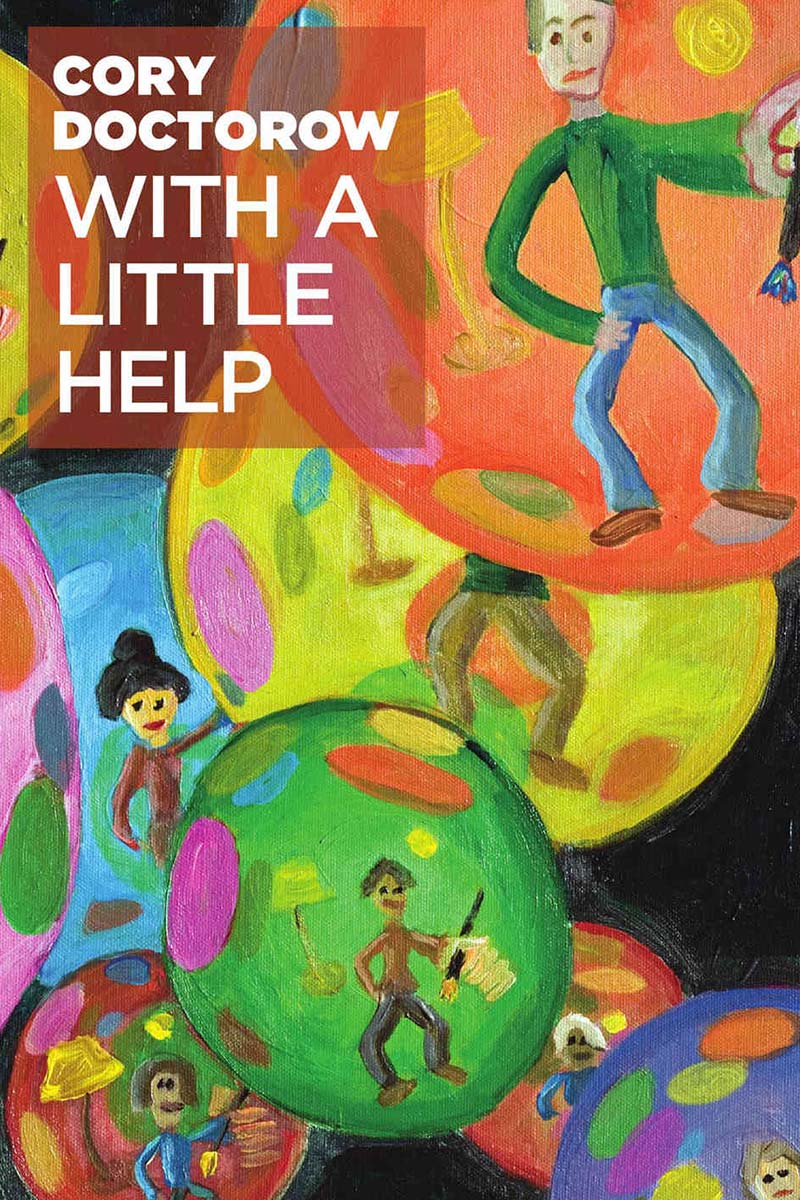