Downpour has published a DRM-free audio edition of my essay collection Context (with an intro by Tim O’Reilly), the companion volume to my collection Content (introduced by John Perry Barlow).

The collection is read by Paul Michael Garcia, who also read Content. As the subtitle (“Further Selected Essays on Productivity, Creativity, Parenting, and Politics in the 21st Century”) implies, it covers some pretty far-ranging ground!

One of the web’s most celebrated high-tech culture mavens returns with this second collection of essays and polemics. Discussing complex topics in an accessible manner, Cory Doctorow’s visions of a future where artists have full freedom of expression is tempered with his understanding that creators need to benefit from their own creations. From extolling the Etsy makerverse to excoriating Apple for dumbing down technology while creating an information monopoly, each unique piece is brief, witty, and at the cutting edge of tech. Now a stay-at-home dad as well as an international activist, Doctorow writes as eloquently about creating real-time Internet theater with his daughter as he does while lambasting the corporations that want to profit from inherent intellectual freedoms. 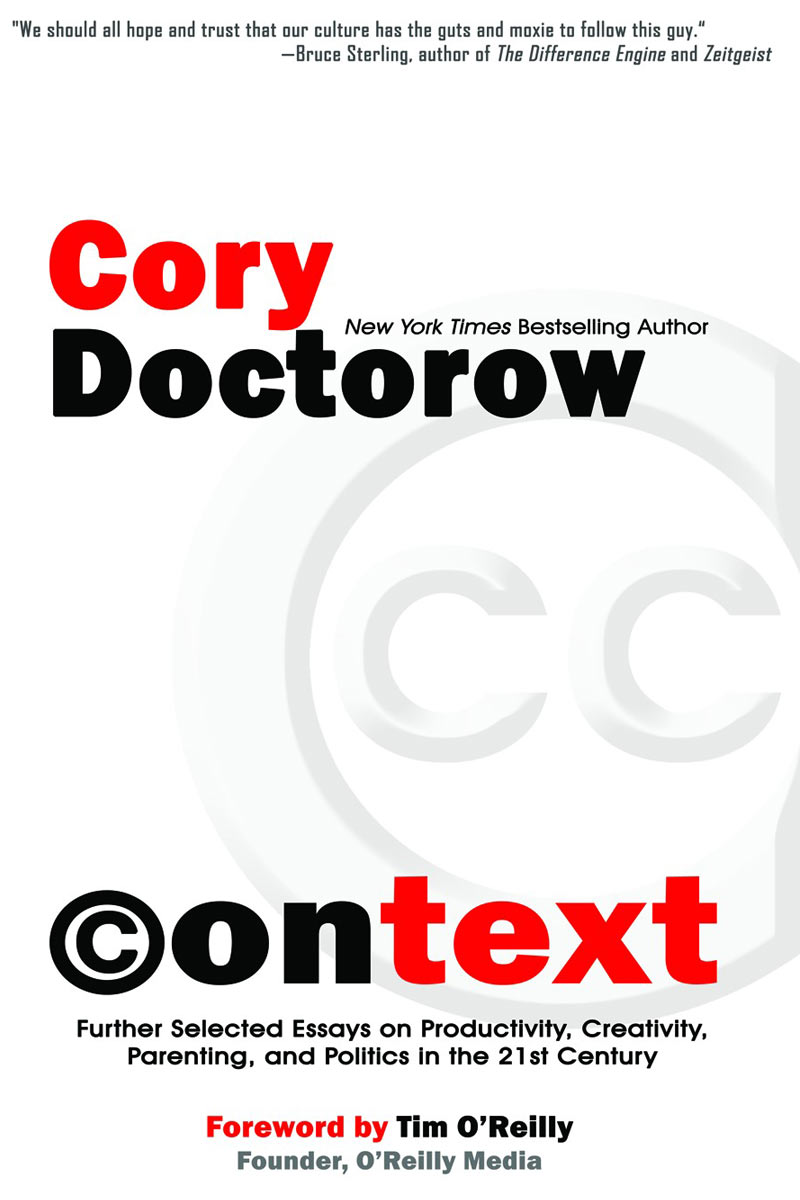